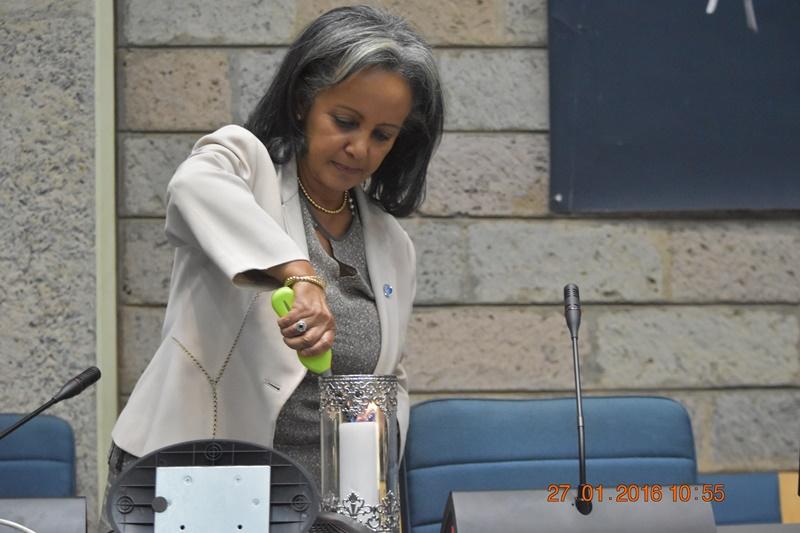 It is my pleasure to welcome all of you to the United Nations Office at Nairobi on this International Day of Commemoration in Memory of the Victims of the Holocaust. It is an honour to be with you on this solemn occasion.

I would like to express my appreciation to the Embassy of Israel for organizing this commemoration, in collaboration with the UN Information Center in Nairobi.

Every year, we mark this Day to honour the memory of the millions of innocent people – women, men, children -- who were murdered during the Holocaust.

I am pleased that you have once again chosen UNON to serve as the venue for this important remembrance ceremony. This is indeed a very fitting venue, given the close correlation between the end of the Second World War and the creation of the United Nations.

There is also a strong correlation between the ideals and values of the UN and our shared goal of preventing genocide from happening again in the future. The core values of the UN – tolerance, justice, respect for diversity, combatting hatred and violent extremism, promoting mutual understanding and dignity for all – are also key elements for building a more peaceful, harmonious world where the horrors and acts of inhumanity such as those perpetrated during the Holocaust could never take place again.

This Day remains an important occasion not only to honour the victims of the Holocaust, but also to reflect on how all of us – Governments, the UN, civil society, the private sector, communities and individuals – can contribute to building a world free of genocide and other mass atrocities.

I now have the distinct honour of delivering the message of the Secretary-General on the occasion of the International Day of Commemoration in Memory of the Victims of the Holocaust, which reads of follows:

The Holocaust was a colossal crime.  No-one can deny the evidence that it happened.  By remembering the victims and honouring the courage of the survivors and those who assisted and liberated them, we annually renew our resolve to prevent such atrocities and reject the hateful mentality that allows them.

From the shadow of the Holocaust and the cruelties of the Second World War, the United Nations was established to reaffirm faith in the dignity and worth of every person and to uphold the rights of all to live in equality and free from discrimination.

These principles remain essential today.  People worldwide – including millions fleeing war, persecution and deprivation – continue to suffer discrimination and attacks.  We have a duty to remember the past – and to help those who need us now.

For more than a decade, the Holocaust and the United Nations Outreach Programme has worked to educate young people about the Holocaust.  Many partners – including Holocaust survivors – continue to contribute to this essential work.

The memory of the Holocaust is a powerful reminder of what can happen when we stop seeing our common humanity.  On this day of Holocaust remembrance, I urge everyone to denounce political and religious ideologies that set people against people.  Let us all speak out against anti-Semitism and attacks against religious, ethnic or other groups.  Let us create a world where dignity is respected, diversity is celebrated, and peace is permanent.”