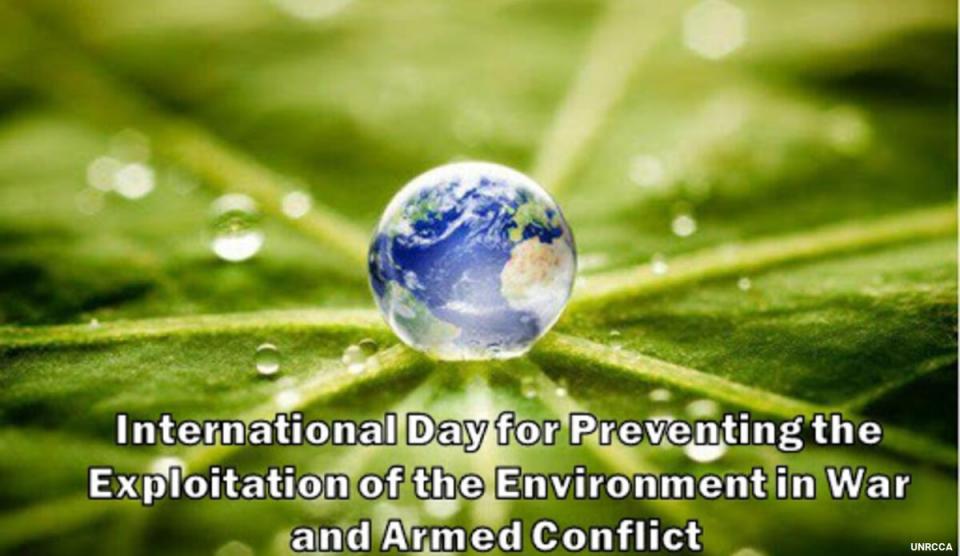 Welcome to the United Nations Office at Nairobi.

I am pleased to be with you today to mark the International Day for Preventing the Exploitation of the Environment in War and Armed Conflict.

In my recollection, this is the first time that this International Day is being commemorated here at UNON – at least since I became Director-General six years ago.

I would like to thank the Ambassador of Ukraine for taking the initiative to have this Day celebrated at UNON. I would also like to thank UN Environment for organizing the commemoration.

It is fitting that we recognize this Day here on the UNON compound. The links between the environment, development, peace and security are very relevant to the work carried out at this important UN duty station.

Not only does UNON host the global headquarters of UN Environment, as well as UN-Habitat, we also host some sixty other UN offices representing UN agencies, funds and programmes, Special Political Missions and peace support operations.  The dedicated UN staff members working in all these offices contribute in some way to advancing the 2030 Agenda for Sustainable Development and its 17 inter-connected goals.

In addition, UNON is the only UN Headquarters in Africa, where the need to tackle environmental, peace, security and development challenges remains particularly acute.

I therefore hope that the commemoration of this Day becomes an annual event here at UNON.

I now have the distinct honour of delivering the message of the Secretary-General on the occasion of the International Day for Preventing the Exploitation of the Environment in War and Armed Conflict, which reads of follows:

“War is a dirty business.  Smoke plumes from burning oil wells, looted industrial facilities, abandoned munitions and collapsed buildings are among the hallmarks of conflict.

Whether caused by fighting or a breakdown in government control, the damage to the environment has devastating consequences for people’s health and well-being.  It is not a new problem, but is one that can last for decades.  Areas of Europe are still affected by heavy metal contamination from munitions used during the First World War.

To survive a conflict and rebuild their lives afterwards, people need a healthy environment.  It offers food, shelter and work.  Its shared management provides a route for neighbours to maintain or improve relations.

This International Day for Preventing the Exploitation of the Environment in War and Armed Conflict is an opportunity to recognize the environment as yet another victim of war.  It is also an opportunity to take steps to reduce the collateral damage of conflicts and protect the natural resources that are so crucial for sustainable development.  The United Nations is committed to protecting the environment as an essential pillar of peace, security and sustainable development.”

I thank you for your kind attention.