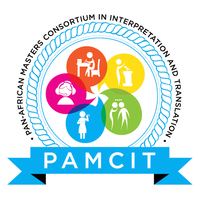 WHAT: Launch of a Website - Pan-African Masters Consortium in Interpretation and Translation (PAMCIT)

WHERE: UN Office in Nairobi

PAMCIT is a program that brings quality professional language training to gifted students at five African universities and opens doors for them into high level international careers. The program started in 2016 when The European Union and UNON created a fund aimed at training African translators and interpreters on the African continent.

PAMCIT launched its pilot project in 2007/8 having entered into partnerships with Universities of Nairobi and Mozambique. The programme is a two-year Master’s program that has been introduced to other Universities in the West and Central Africa regions (Dakar, Accra, Buea, in Cameroon.)

PAMCIT currently has 62 students enrolled in these institutions. And since inception, the Consortium has produced 55 graduates, many of whom have been recruited for employment with such institutions as the UN, the AU, AfDB, ECOWAS, the Pan-African Parliament, the ICC in The Hague, FAO, etc.

Once a student has been accepted into the program, PAMCIT will provide resources to the individual student, nurture them to the time they graduate, and guide them towards a career path with international organizations.

The PAMCIT is planning to expand its program into other African Universities and expanding its focus on African languages.

For more info, get in touch with Nina Okagbue 0795751082 nina.okagbue@un.org, pamcit.network@gmail.com