Chris Kirkcaldy is the Director, Division of Administrative Services (DAS) at the United Nations Office at Nairobi, the UN Headquarters in Africa.
Reporting directly to the Director-General of UNON, Mr. Kirkcaldy oversees the Division of Administrative Services (DAS) which is responsible for the provision of human, financial, physical and IT services. DAS delivers services to UNEP, UN-Habitat, the Resident Coordination System and other global, regional and local UN system clients, spanning humanitarian, peacekeeping and development programmes. Chris Kirkcaldy provides guidance to UNEP and UN-Habitat management teams and plays a role in the formulation and implementation of UN reforms.

Equipped with over 25 years of experience in the United Nations Secretariat in Nairobi, New York, Geneva and Vienna, Mr. Kirkcaldy has held an array of cross-cutting positions in a number of UN Secretariat entities, specializing in programme administration, budget and financial management.

Chris Kirkcaldy holds a MSc. (Econs) in Social Policy and Planning from the London School of Economics and Political Science and a BA in Politics and Economics from the School of Oriental and African Studies, University of London. 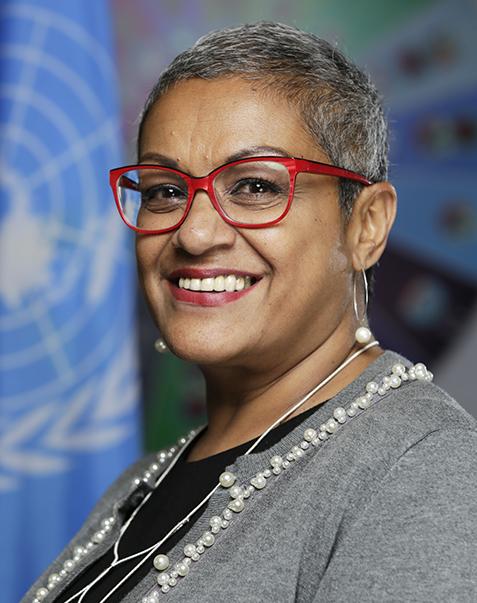 Shivona Tavares-Walsh has been Chief of Conference Services in UNON since 2015.

She joined the United Nations in Nairobi in 1983, and now has over 37 years of service with the Organization, over 20 of which have been with the Department of General Assembly and Conference Management (DGACM). She worked at UN Headquarters in New York (2001-2009) as Chief of the Document Management Section, then in Geneva (2009-2015) both as Chief of the Documents Management Section and as Officer-in-Charge of the Central Planning and Coordination Section. Since her return to Kenya in 2015, she assumed the functions of Chief of the Division of Conference Services at the United Nations Office at Nairobi.

Ms. Tavares-Walsh graduated in 1982 with a Master’s in Library Science from the Institute of Culture in St. Petersburg (formerly known as Leningrad).

Mr. Peter Marshall has been the Principal Security Adviser and Chief, Security and Safety Service at UNON since 2005. He has had a long career as a senior leader within the United Nations Security Management System and has extensive experience in leading large teams, providing security for large facilities and operating in complex and challenging environments.

Mr. Marshall joined the UN Security in New York in 1987. He has spent an extensive amount of time in field missions, starting with the peacekeeping mission in Iraq before being transferred to Cambodia, Mozambique and Kenya. In 1994, he served as an electoral observer for the first democratic election in South Africa and was also an observer for elections in Liberia in 1997.

In 1998, he became Chief, Security & Safety Service at the Economic and Social Commission for Asia and the Pacific in Thailand. Three years later, he was assigned to the peacekeeping mission in Sierra Leone (UNAMSIL) as Chief of Security. At that time, UNAMSIL was the largest peacekeeping mission with some 24,000 staff. He remained there until 2003, before assuming the functions of Chief Security Adviser and Chief, Security & Safety Service for Ethiopia. In 2005, Peter Marshall was transferred to Nairobi. He was also asked to serve temporarily as Chief of Security with the International Criminal Tribunal for Rwanda.

Mr. Marshall has been deployed to several crisis environments in Africa, most notably, Abuja, Nigeria after the bombing of the UN building; the Ogaden region of Ethiopia to assist with hostage negotiations; and Mogadishu, Somalia to provide crisis management during the attack on the UN compound in 2013.

Mr. Marshall has been trained as a hostage/crisis negotiator at the advanced level by the Metropolitan Police and is a qualified Investigator, Close Protection Officer. He is also a fire fighter and a landmine, UXO and IED safety instructor. He holds a BA in Political Science and Economics (with a minor in African Studies) from Kean University. He is a national of Jamaica. 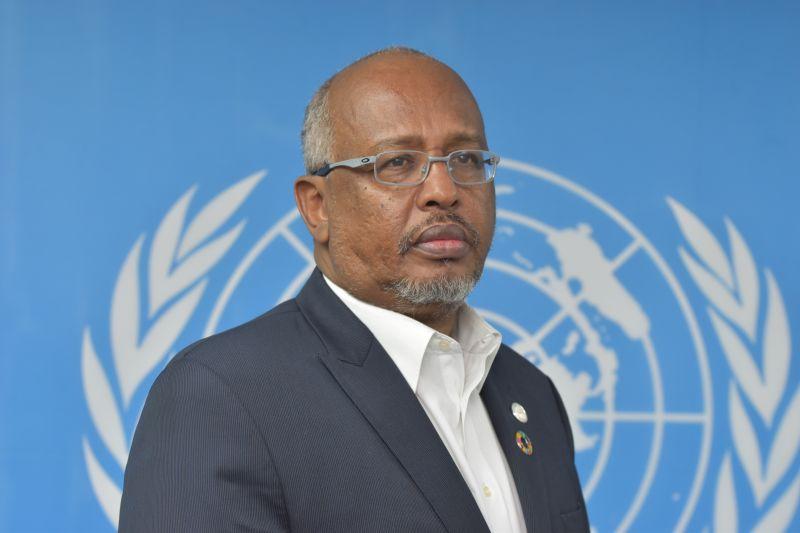 Mr. Nasser Ega-Musa assumed his position as Director of the UN Information Center for Kenya, Uganda and the Seychelles (UNIC) in late 2011 after having been Chief of Staff in the Office of the Director-General from 2009 to 2011.

As UNIC Director, he also serves as Chair to the United Nations Communications Group (UNCG) in Kenya, consisting of all the communications officers of Agencies and Programmes based in Nairobi. Its mission: bringing the communications resources and skills under a common umbrella to deliver as one.

Mr. Ega-Musa joined the UN, specifically UNICEF Rwanda, in 1994 from the private sector. After his experiences in a country that had undergone a genocide, Mr. Ega-Musa helped found the Rwanda War Crimes Project in Washington DC to help bring an urgency in the tracking of the “Genociders” and the creation of the International Criminal Court for Rwanda. When he rejoined the UN in 2000, he served on behalf of MONUC (the UN Mission in the DRC), as part of the UN planning staff based in Lusaka. The mission was tasked to de-escalate, and then separate, the belligerents engaged in the DRC conflict.

A stint in NYHQ with the Department of Peacekeeping Operations and then Department of Public Information (now Department of Global Communications) led to being appointed in 2005 to UNIC Nairobi as Deputy Director. Following the disputed 2007 Kenyan Presidential elections, Mr. Ega-Musa was assigned to serve as Spokesman for the former UN Secretary-General, Kofi Annan, who was mediating the Kenyan crisis. Subsequently, he was assigned an identical task for Presidents Obasanjo (Nigeria) and Mkapa (Tanzania) when they served as Envoys for both the UN and AU during the Crisis in the Congo.

Mr. Ega-Musa was educated at Wesleyan University in Connecticut from 1978-1982; and the Fletcher School of Law & Diplomacy in Boston, Massachusetts from 1985-1987. 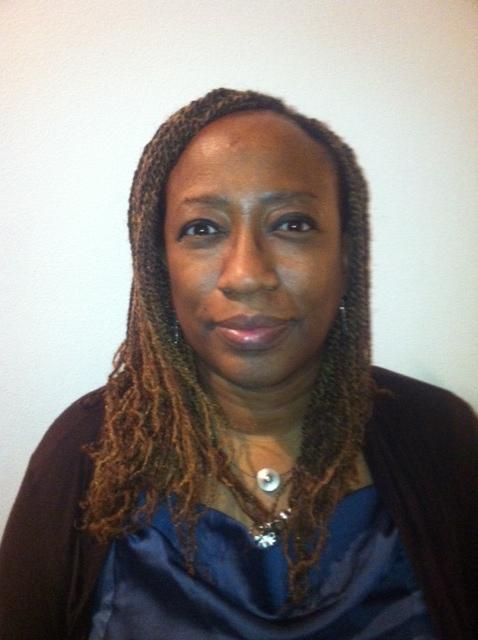 Chief of Staff, Office of the Director-General

Nancee Oku Bright joined the United Nations Office at Nairobi (UNON) in January 2021 as Chief of Staff, a.i. in the Office of the Director-General, coming directly from MONUSCO, the UN Peacekeeping Mission in the Democratic Republic of the Congo (DRC), where, for three years, she was the Mission's Chief of Staff. Prior to MONUSCO, Ms. Bright worked at the UN Secretariat in New York as Chief of Staff in the Office of the Under-Secretary-General and Special Representative of the Secretary-General on Sexual Violence in Conflict from 2010. In 2017, Ms. Bright was appointed by the Secretary-General to his High-level Task Force on the UN Response to Sexual Exploitation and Abuse.

Ms. Bright has worked as Principal Officer in the Department of Peacekeeping Operations and in a number of capacities in the Office for the Coordination of Humanitarian Affairs (OCHA), including as Chief of the Africa Section, and as OCHA’s Chief of Advocacy and Public Information. She was also Chief of Staff of the UN peacekeeping Mission for Chad and the Central African Republic, where she led the start-up phase of the Mission, in which capacity she oversaw the coherent integration of the Mission across all sectors.

She served earlier in the DRC as Chief of the Humanitarian Affairs Section in MONUC from 2002 to 2004. In this capacity, she negotiated for humanitarian access with rebel groups and government authorities and helped to expand humanitarian presence in the DRC by ensuring that UN Agencies and NGOs could benefit from MONUC’s air and riverine resources. She initiated the first-ever joint UN-NGO-Government humanitarian medical barge in the DRC, supporting impoverished communities along the Congo and Ubangi rivers, and, during the 2003 war in Ituri, led the establishment of a civilian-run emergency hospital in war-torn Bunia, with colleagues from OCHA, UNICEF, and ECHO.  She also served as MONUC’s official Representative on the UN Country Team for two years, prior to MONUC becoming an integrated peacekeeping mission.