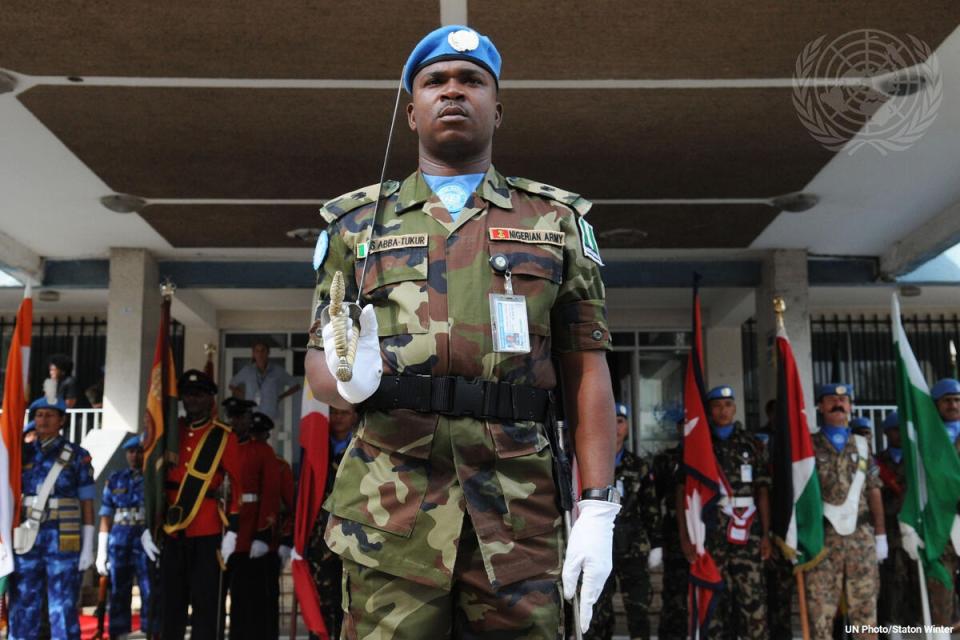 I have the pleasure of welcoming all of you to the United Nations Office at Nairobi. Thank you for taking the time to attend this informational meeting on UNON’s activities and plans.

This is an exciting period for UNON, for this UN duty station, and for the United Nations as a whole.

As you know, Secretary-General Antonio Guterres has introduced a set of bold reforms aimed at making the UN more nimble, transparent, efficient and decentralized. UNON is actively participating in the development of these initiatives, particularly on the management reforms.

One of the key parts of UNON’s raison d’etre is to provide administrative and programme support to its clients.  For those of you who may not know, UNON was created by the UN General Assembly in 1996 as a successor to the United Nations Common Services Unit at Nairobi and the two separate divisions of administration of UNEP and UN-Habitat.

UNON now provides a full range of administrative and other support services to UNEP and UN-Habitat, not only at their Nairobi headquarters but for their offices around the world. This makes UNON the only UN global service provider based in Africa.

UNON has grown over the past 22 years and has gradually taken on more responsibilities for the UN system as a whole, including the provision of administrative services to UN agencies, funds and programmes based on this compound. The Common Services set-up in Nairobi has been quite successful.

The rationale for common services is, of course, to achieve economies of scale and ensure greater efficiency and cost-effectiveness – so that less money can be spent on administration and more on programme activities that provide crucial assistance and support to the people the UN is meant to serve.

That same rationale underpins the Secretary-General’s current reform efforts. As with previous change-management efforts, such as the introduction of Umoja, UNON is a strong supporter of the current reform initiatives. We are ready to play an essential part in their implementation, given our crucial role as the only UN Headquarters in Africa, and indeed the entire Global South.

This is one of the UN system’s most important duty stations, and the UN Nairobi workforce (over 3,500) is the world’s third largest, after New York and Geneva.

In addition to the global headquarters of UNEP and UN-Habitat, UNON hosts over sixty different UN offices representing 27 UN agencies, funds and programmes, as well as Special Political Missions and peace support operations, including the Office of the Special Envoy for the Great Lakes Region.

In the context of the reforms, we are working hard to strengthen Nairobi’s position as a key duty station for the UN globally. In this connection, one of the reform proposals -- which was started under the previous Secretary-General, Ban Ki-moon, and is now being pursued by Secretary-General

Guterres -- is to establish a number of service delivery centers that will perform back-office functions for the UN Secretariat world-wide. Suitable locations for the global service centers are currently being assessed, and the Secretary-General will be submitting his proposals for consideration by the General Assembly at its upcoming resumed session.

Nairobi is among the candidates to host one of the global service delivery centers, given the availability of a qualified local work-force, the well-developed infrastructure, and the very competitive staff and operational costs in comparison to locations in the global North, among other advantages.

However, even if Nairobi is not selected, it is our ambition to build on the already existing expertise and to expand UNON’s role as an efficient and cost-effective service provider beyond the UN Secretariat, in order to realize even greater benefits for the Member States.

To accomplish these goals, we need to upgrade and modernize this beautiful compound.

As you can see – and hear – a range of construction and infrastructure improvement projects are currently underway on the compound. While this work is causing some inconvenience and noisy disturbances for some of your meetings, please consider the noise as a concrete manifestation of change at UNON. The bee-hive level of activity now taking place on the compound is a symbol of the renewed energy of the UNON team.

This is a new day for UNON:

The Division of Administrative Services (DAS) will brief you on some of these plans following my opening remarks.

We have done away with plastic water bottles and are exploring how to further reduce the use of plastics on the compound.

More people and organizations should benefit from their excellent service. UNON’s Division of conference Services is therefore striving to expand its client base, to increase the use of the conference facilities, as well as its Print Shop.

The UN Information Center is working on several branding initiatives for the SDGs, both within the compound and externally.

Let me say a few words about the Pan-African Master’s Consortium on Interpretation and Translation, or PAMCIT.

I take pride in this joint initiative, which is hosted by UNON and funded by the European Union, with the participation of five partner universities in Africa. The goal is to enable skilled and qualified African interpreters and translators to meet the demand for high quality language services in Africa and on the world market.

In the two years since its inception, 125 students, including 52 women, have thus far graduated from the Programme. The first phase of the project ends in mid-2019, and it is critical to obtain the necessary support from governments and donors to take the project into its next phase.

I am also proud of the initiatives we are working on to promote gender equality and women’s empowerment within the larger UN system in Kenya. On 8 March -- International Women’s Day -- we intend to officially launch one of those initiatives - the Nairobi chapter of the International Gender Champions.

This is a network of senior leaders working to advance gender equality in the executive management of their own institutions. I hope some of the Heads of Diplomatic Missions present here today will become Champions, too.

In concluding, I would like to take this opportunity to thank our Host Country for its steadfast and enduring support to UNON and to the entire UN family in Kenya.

I thank you for your attention, and we count on all of you to be advocates of UNON on our behalf.

I now give the floor to Chris.