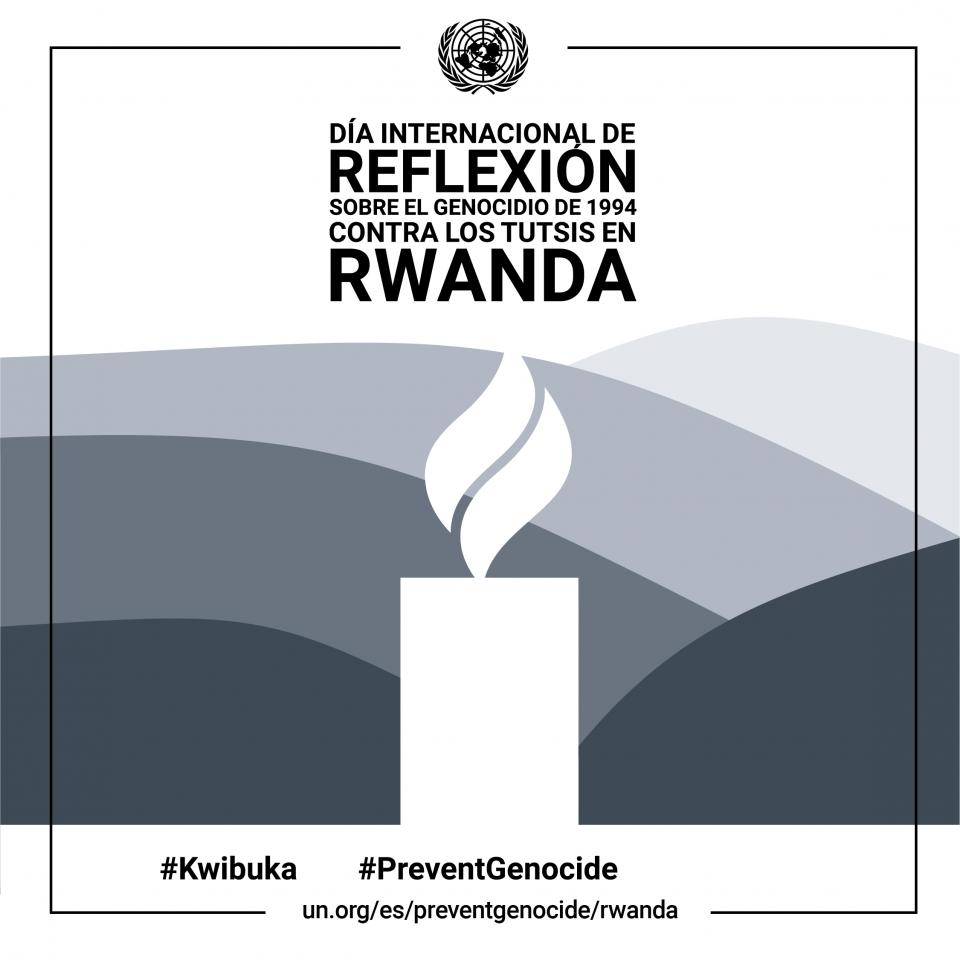 Your Excellency, Amb. James Kimonyo, High Commissioner of the Republic of Rwanda to Kenya,

It is my pleasure to welcome all of you to the United Nations Office at Nairobi on this International Day of Reflection on the 1994 Genocide Against the Tutsi in Rwanda.

I wish to thank the High Commission of Rwanda for organizing this event, in collaboration with our UN

Information Center, and for once again allowing UNON to serve as the venue for this annual remembrance, following the decision of the UN General Assembly to change the name of the commemoration.

Twenty-four years after the genocide in Rwanda, this Day remains in important occasion, not only to honour the victims, but also to reflect on how all of us -- Governments, the UN, civil society, the private sector and other segments of society -- can contribute to building a world where genocide and other mass atrocities cannot take place.

For the international community, we should use this occasion to look back on the past and to confront the challenges of the present, renewing our collective resolve to prevent such atrocities from happening ever again.

I now have the distinct honour of delivering the message of the Secretary-General on the occasion of the International Day of Reflection on the 1994 Genocide Against the Tutsi in Rwanda, which reads:

“Twenty-four years ago, more than 800,000 people were systematically killed in the 1994 genocide in Rwanda.  The victims were overwhelmingly Tutsi, but also included moderate Hutu, Twa and others.

Today we remember all those who were murdered and reflect on the suffering of the survivors, who have shown that reconciliation is possible, even after a tragedy of such monumental proportions.

Rwanda has learned from its tragedy; so must the international community.  States have a fundamental responsibility to protect their populations from genocide, war crimes, ethnic cleansing and crimes against humanity.

It is imperative that we unite to prevent such atrocities from occurring, and that the international community sends a strong message to perpetrators that they will be held accountable.

I am deeply concerned about the rise of racism, hate speech and xenophobia around the world.  These base manifestations of human cruelty provide the breeding ground for far more evil acts.

People are still being killed, displaced and their human rights abused in many parts of the world because of their faith or ethnicity.  I am particularly troubled by the plight of Rohingya Muslims in Myanmar.  Members of this religious and ethnic minority have been systematically killed, tortured, raped, burnt alive and humiliated, and more than 671,000 have fled in search of safety in neighbouring Bangladesh.

This year, we are marking the 70th anniversary of the Universal Declaration of Human Rights and of the Convention on the Prevention and Punishment of the Crime of Genocide.  Today, I call on the UN Member States that have not yet joined to become parties to the Convention, and I call on all States to back their commitments with action.

To save people at risk, we must go beyond words.  We must nurture the courage to care and the resolve to act. Only by meeting these challenges can we honour the victims and survivors of genocide and ensure that what happened in Rwanda is never repeated, anywhere, ever again.”